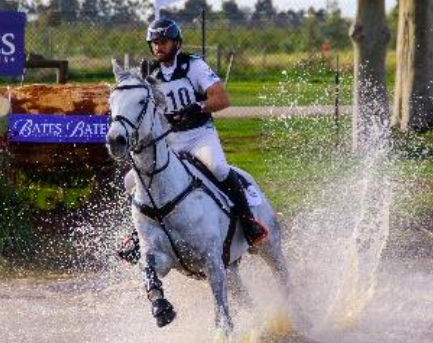 For the past 20 years I have fed CopRice. My horses perform and ride particularly well on CopRice Versatile and Performer, CopRice M is also a fabulous great value all-round top up feed.

The quality of CopRice speaks for itself. CopRice feeds provide the best nutrition for my horses, enabling them to perform at the highest level and most importantly deliver results.

Gold medal event rider, Stuart Tinney, is the consummate equestrian professional. In a tough and difficult sport, Stuart continues to produce incredible results, beautifully schooled horses and well trained pupils. In the competition arena, Stuart has had more success than any other Australian rider based in this country. An Olympic gold medal from Sydney 2000, representative honours at the 2004 Athens Olympics and since 1988 at consecutive World Equestrian Games. In recognition of his success, in 2000 Stuart was awarded an Order of Australia Medal (OAM) and was inducted into the “Sport Australia Hall of Fame” in November 2003. Stuart was also very proud to be awarded the Anna Savage Medal for the “Best & Fairest” rider in 1997, 2000 & 2007.

Over the past two decades Stuart, with support from his wife, Karen, has created a reputable equestrian business training horses and riders for the Olympic disciplines. Stuart is an accredited level three coach (the highest possible) and Karen is an accredited level one coach. Many elite riders under the Tinney tutorage have progressed on to represent their country.

The Tinney’s have also produced countless Advanced level horses, selling many on to further their careers with riders from all around the world. Some competing internationally include Ava, Carrera, Boxster and Tallyho Sambucca.

Stuart and Karen live in Sydney’s north-west with their two young daughters Jaymee and Gemma. They employ three staff to help them with their equestrian business “Tinney Eventing” (TE). Tinney Eventing has been a sole user of CopRice feeds for over a decade.

Find out more at www.tinneyeventing.com

CopRice is available in the following languages: